Most economic experts are currently correcting their previously confident forecasts for Germany and Europe downwards.

Professor Michael Grömling from the Institute of German Economy in Cologne is one of Germany’s leading economic researchers. In an interview with Roland Rex, Head of Customer Focus and Business Development at WEIG, he ventures a look into the economic future and talks about the current challenges facing the German industry – from the increasing shortage of skilled workers to the dangers of deglobalisation and the up-coming energy transformation.

Learn more about the economic megatrends of our time in the video below.

The interview was conducted in German. The translated transcript is available below the video.

Rex: Professor Grömling, thank you for agreeing to this short interview. You are an economic researcher at the Institute of Economy in Cologne and head the research group “Macroeconomic Analyses”. There is a saying in Cologne that means something like “It has always worked out in the end”. In these times, however, that no longer seems to be tenable, because all economic researchers are currently correcting their forecasts for economic growth in Germany and Europe significantly downwards. You too?

Grömling: Yes, Mr Rex, of course we do too. At least if we consider the forecast from the end of 2021. That was very, very confident. And, I believe, based on good arguments. The pandemic is still weighing on us. You know that yourself. The shortage of skilled employees, the logistics … The global logistics are still disrupted. Supplies are not arriving. That is still a burden. The confidence of companies in terms of investments, the pent-up consumption of private households – that’s what made us enter 2022 with a high degree of confidence.

But as we have now had to learn painfully in these last weeks, this confidence is dissolving. The war will bring considerable reductions in the forecast. At the moment, we are still waiting. We are waiting for the further development of the geopolitical conditions. We have produced a forecast in April. We first had to draw up a political scenario on which the forecast is based, and we will then deliver it at the beginning of May. I am quite happy that we still have this time to observe and wait.

Rex: Against the backdrop of lower economic growth to come, do you then see that we can afford the current policy-inspired aid programmes and special funds?

Grömling: Well, that raises the question of alternatives, Mr Rex. We also discussed this during the COVID pandemic. What are the possibilities and limits of government action? But we always have to consider: What are the effects on the production potential? I think a lot of what we did in the wake of the pandemic to support businesses, to ultimately support aggregate demand, has paid off. I can imagine that the price would have been considerably higher if we had done nothing.

Rex: In the meantime, the first voices are proclaiming that prosperity as we have known it in recent decades will be over. Do you see it the same way?

Grömling: I think there are good arguments for that. And not only fuelled by the war and the pandemic. We have known about the big challenges, the big mega-trends for a long time. The way we have dealt with them politically has been half-hearted. And this burden of adjustment is now in front of us – regardless of the war. But the war in Ukraine will possibly exacerbate that.

What am I talking about? First of all, there are the adjustment burdens caused by demographic change: That is the strong decline of the working population in Germany, the aggravation of the existing skilled labour problems. This will cost us overall economic prosperity in the future. Also, the transformation of the economic world through deglobalisation and decarbonisation. This, too, will initially be accompanied by adjustment burdens and will require its price in the form of lost prosperity.

Rex: In the current macroeconomic situation, there are also repeated warnings of “stagflation”. What does that actually mean and is the concern regarding stagflation justified?

Grömling: This builds on the previous question. Stagflation is, first of all, an artificial word and is made up of two terms. Stagnation, i.e. an economy that is barely growing or no longer growing at all – and not just in the short term, but an economy that is stagnating over a longer period of time –, that is one term. The other is inflation. That means inflation on a broad scale. Not just the increase of individual prices, but an overall increase of the price level, which ultimately calls for sacrifices elsewhere.

The secular, long-term drivers of this stagflation picture, i.e. a weakly growing economy combined with higher prices, are the same arguments we have already mentioned. These are, for one, the adjustment burdens due to demographic trends. This means that companies can no longer produce in certain sections with the momentum they were used to. Above all, they have to accept higher costs, especially labour costs.

Decarbonisation is not a “free lunch”. The accompanying transformation of the economic life creates adjustment burdens. This will not run smoothly and will initially cost growth points. And it creates costs for many companies. That is what then ultimately pays into the inflation.

And last but not least, it also concerns the way we have benefited from globalisation in recent decades: higher efficiency in economic life – the keyword here is growth –, but also lower prices. And this is not only happening because of the pandemic and the war, but there were also other precursors of the deglobalisation that is now possibly in front of us. It was people like Trump, Brexit and many others that ultimately paved this road of non-wanted cooperation. And all of that is paying into this stagnation or stagflation scenario.

Rex: Despite all these current challenges, the German government is pushing ahead with the transition to renewable energies at full speed. Can we handle this additional burden at this point in time from an economic point of view?

Grömling: Well, per se, this shift towards renewable energies is not a bad thing. For one thing, it is in view of the long-term climate goals that we have for good reasons. And in the light of the current situation, there is also a security policy component to it. Namely, that autonomy is needed not only in technology and value chains. Securing raw materials is also a very important point. But also the energy supply for people and especially for companies. I believe there are few industries where this is as necessary as in the paper industry, for example. These cornerstones of economic and social life must ultimately be safeguarded. Renewable energies can make a very important contribution here. I believe that this is now undisputed.

The question is: How do I accompany this process? What potential do I have for safeguarding it? Firstly, with regard to security of supply, which we may have to test out next winter. But secondly, also with regard to the costs of the companies. And, at the end of the day, also the costs for private households. You mentioned the keyword of stagflation. Here, too, we need to take care. Yes, the path towards renewable energies is the right one, but once again, it must be backed up by appropriate alternative energy sources in order to ultimately avoid economic and social chaos.

Rex: Professor Grömling, thank you again for the extremely informative and helpful interview. All the best to you. 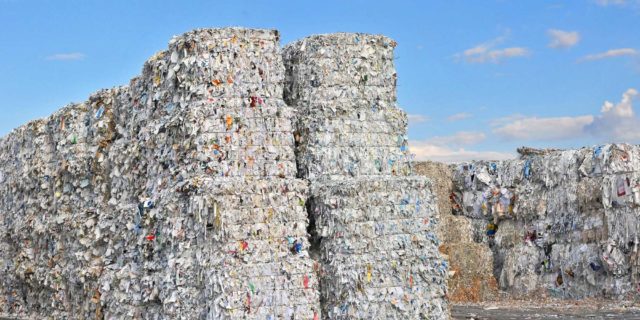 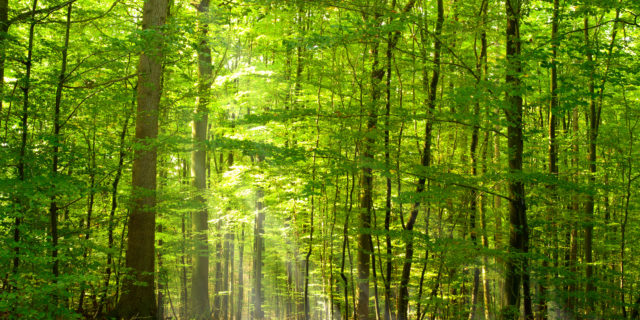 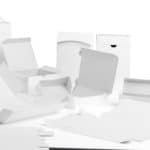 WEIG-World
Into the bin: How recovered paper becomes a new folding box
01.08.2022

Select an appointment in the calendar and chat with one of our experts directly via video.